In Spain we have 4 different types of Ibex; the Ronda Ibex, as the Sierra Nevada Ibex, is one of the 2 subspecies you can find in Southern part of Spain. It is located in the Sierra of Ronda, in the North of Malaga

The densitys of this subspecie are much smaller than thos of the ibex in Beceite or Gredos. The Ronda trophy is the smallest, but its hunt is exciting

Our standard package is always for animals with no limits on the size. Nevertheless, know that this hunt is practised in mountain and it is quite difficult to hunt a Ronda Ibex beyond the silver medal. The hunt itself is a classic mountain hunt. In the early hours of the morning you will try to locate your quarry, which often be grazing in lower lying areas, from a vantage place high in the mountains

From October to April. Best time, rutting period (November/December), where the animals are less fearful and descend into the valleys

Hunting takes place in the Sierra of Ronda which extends from the West of the city of Malaga to the foothills of Sierra Nevada in the East. It is a mountainous cordillera with large valleys strewn with oaks.

In the Ronda Area we work with the following hotel: 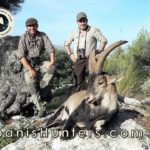 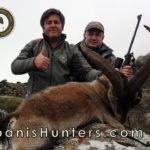 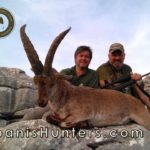 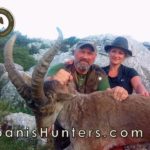 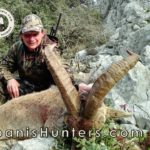 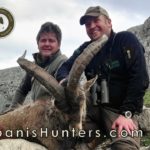